Clementine Croissant is a little girl who loves to cook with her Papa, a French Chef. Together, with Le Chef’s goddaughter, Charlotte, and the family dog, Chocolat, they get into fun adventures in the kitchen. A children’s book series for foodies – each book concludes with a recipe so that the learning continues and families can recreate the fun of discovering good food in their own homes.

In the first book, “Le Chef’s Baby goes to Market”, Clementine visits the local Farmer’s Market with her Papa and interacts with the different vendors. Through the story, Clementine discovers juicy peaches, crusty baked bread and fresh vegetables.

Anina Belle and Sébastien live in the suburbs of Washington, DC.  They were married in Nice, France and have a 2 year old daughter, Valentina.

Sebastien Giannini ( @lechefsebastien) is an internationally acclaimed Chef from Toulon, France. 2015 Official Coach of Team Canada for the Bocuse D’Or, Chef Giannini has held Executive Chef roles at the most prominent hotels in Nice, France, Montreal, Canada and now in Washington, DC. Sébastien is currently Executive Chef of the Watergate Hotel.

Anina Belle Giannini ( @lechefswife ) is an American/Canadian who met Le Chef while studying abroad in Nice 15 years ago. Anina Belle grew up on an organic farm in Canada and is passionate about teaching her daughter to eat good food and create healthy eating habits. Le Chef’s Baby books are inspired from her own journey of teaching her daughter to eat and her own surprise at the lack of bedtime stories about food as she was introducing solid foods. A  seasoned Sales and Marketing professional in luxury hotels, Anina Belle is currently Director of Public Relations at Four Seasons Hotel Washington, DC. In 2017 Anina Belle created “Le Chef’s Wife.com – Living a French Riviera Inspired life” www.lechefswife.com

Most recently, Four Seasons Hotels published “Fiona at the Four Seasons” a Children’s book written by Anina Belle and illustrated by Elena Fay. 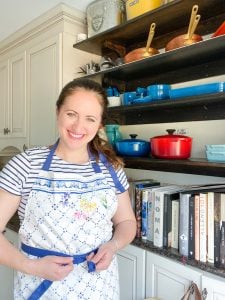 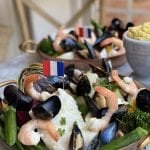 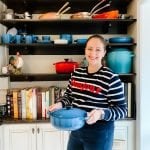 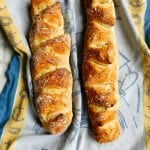 Ever wondered how to make that amazing crispy sage

La rentrée, the French term for back to school /

The kids are not the only ones going back to “sc

The perfect meal-in-a-bowl soup to make today and